We are thrilled to announce that today we released the latest Cb Protection Linux Agent to General Availability.

With this release we are delivering a stable, high quality, and high performing agent that meets the needs of customers protecting their critical servers. The hundreds of deployments during our early access program have shown great results in achieving these goals.

In addition to quality improvements , we have added support for Oracle Red Hat Compatible Kernel Linux as well as support for new versions of CentOS and Red Hat.

*Note: This does not include support for Oracle Unbreakable Kernel

The Linux agent can be used in conjunction with the Cb Protection server 7.2.3 or later (including 8.0). This agent is currently being delivered as a standalone installer. It will be included in a future Cb Protection server release. You can download this version along with installation instructions from here.

Is there a Ubuntu client

mshubaly​ Unfortunately we do not currently have support for Ubuntu.

We also *need* support for Ubuntu.

A few questions for you: 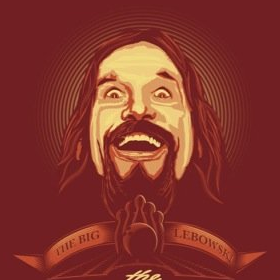 How far behind RHEL point releases do you expect the Protection agents to lag?

Does Carbon Black have an SLA for this, if so could you provide enlightenment?

We are trying to keep up to date with RHEL 7 and are obviously wondering if/how having the Protection agent installed may delay roll outs.

Our goal is to deliver updates to minor releases within 60 days (here's our support policy). With Linux we have had difficulty getting there. However, the changes that we have made in this release should help us deliver support in a more timely manner.

Since RHEL 6.9 is not yet supported, I'm curious what other people have done in their environments?  Updated to RHEL 6.9 anyways and run unsupported?  Held off updating RHEL?

We only upgraded one test box to 6.9, and it's still running fine but has a health check error I think...didnt test it further after realizing it isnt supported. The system has been stable though. We escalated needing CentOS 6.9 support asap and need assurances that the latest linux versions are supported in a timely manner.

When is the Ubuntu support coming out.

Ubuntu support on Cb Protection is not yet on our short term roadmap. How many Ubuntu endpoints do you have? Are they servers or desktops?

It will appear to be working but it will not protect 6.9 servers. We are currently working on a release that will support 6.9 and 7.4.

Is there any estimate on when RedHat 6.9 support will be available?  We are currently rolling out a new version of an application on RedHat 6.9 Servers and cannot install the Bit9 Agent on these.

Expecting an updated Linux agent with support for RH 6.9 and 7.4 to be released mid-October.

Is the Updated Linux Agent with support for RH 6.9 on target for release in Mid October.

Where is the installation guide for this?? It's NOT at the link provided; it only includes the zip file to download.

Installation instructions are in the Release Notes that are included in the download.