Where are the release notes for .1077?  Can't see it in the documentation, and never saw it released.

You should be able to find all previous release notes at: https://community.carbonblack.com/t5/Documentation-Downloads/Carbon-Black-Cloud-Sensor-Release-Notes...

esullivan, I'm afraid you are wrong. Nothing on that linked page refers to .1077, also the notes for 1080 just link back here. 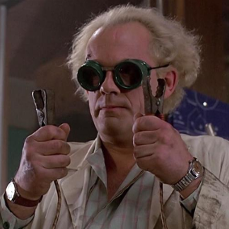 Is the Google File Stream issue resolved in this update?

Google Drive File Stream issue sorted out for me on the machines I tested on.

esullivan, these release notes refer to 1070, but yet the description above says 1077.  Which one is it?  And will the pertinent release notes actually be made available?

Did someone not drink their coffee this morning before posting this?

flachance - Definitely some missing information.  There were obviously fixes in 1077, even though it wasn't released to the General Audience (selfishly, I'm glad the Google Drive/Box/Citrix issue was resolved), but we don't know what the full scope of the release was, as the 1086 notes don't mention the fixes from 1077.

EDIT: I've deployed to a non-persistent VDI and aving some issues. I'll be redeploying today to continue testing.

Is there any other way to view the release notes without downloading it from '//khoros.app.box.com.....'?

Not with our web gateway. I was able to download using a wifi device.

OK, as long as you are all set.  If you have issues downloading in the future, feel free to ping me at uex@carbonblack.com.

The 3.4.0.1091 Release Notes can be found here...
https://community.carbonblack.com/t5/Documentation-Downloads/Carbon-Black-Cloud-Windows-Sensor-v3-4-...

There is also the following page, for further Sensor references...
https://community.carbonblack.com/t5/Documentation-Downloads/Carbon-Black-Cloud-Sensor-Release-Notes...